Combine  with 'Rendering of the Coandacombiner

The coandacombiner is a further step towards a new kind of suction device creating and exploring with painting and invention. This way  began in the 1990ies developing the vorticet-series of vortex paintings and lead to the technical derivate of this work the - der Coanda-Vortex-Cooker-Hood. A simple application of the conadacombiner is the "Rinnenring" that increases the energy efficiency of blowers. 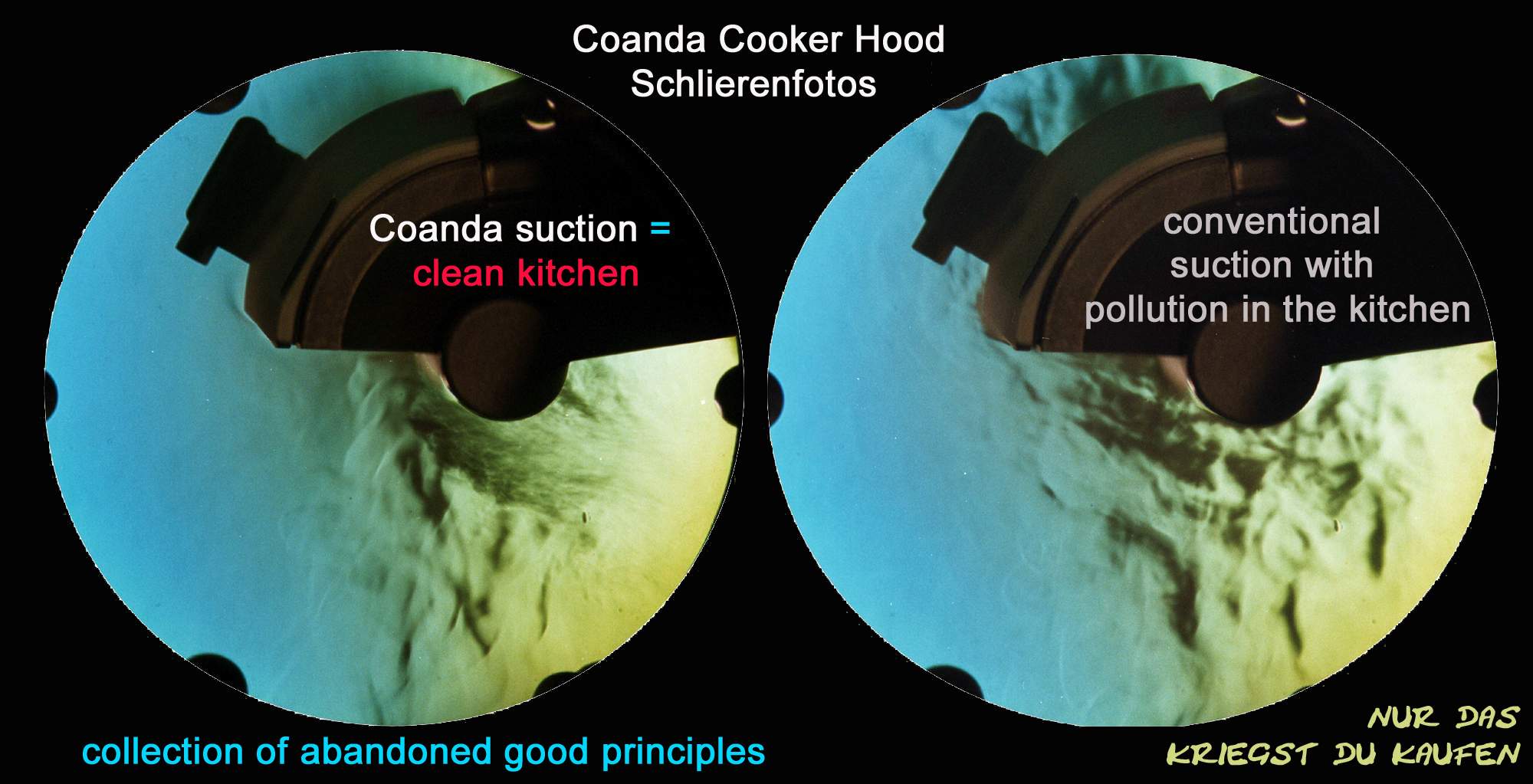 The flow principle of the condacombiner is based upon the Coanda-flow. This flow is named after the romanian inventor Henri Coanda, who used it in many applications.
Plotterland Invention used this prinicple  in the 1990ies for kitchen cooker-hoods. The schlierenfotos show clearly the difference between Coanda-suction, left, and conventional suction, right.

The principle of the coandacombiner is based upon a flow that is fed by the horizontal tube from the right.
This flow is streaming over the blue clefts downwards forming a suction vortex. 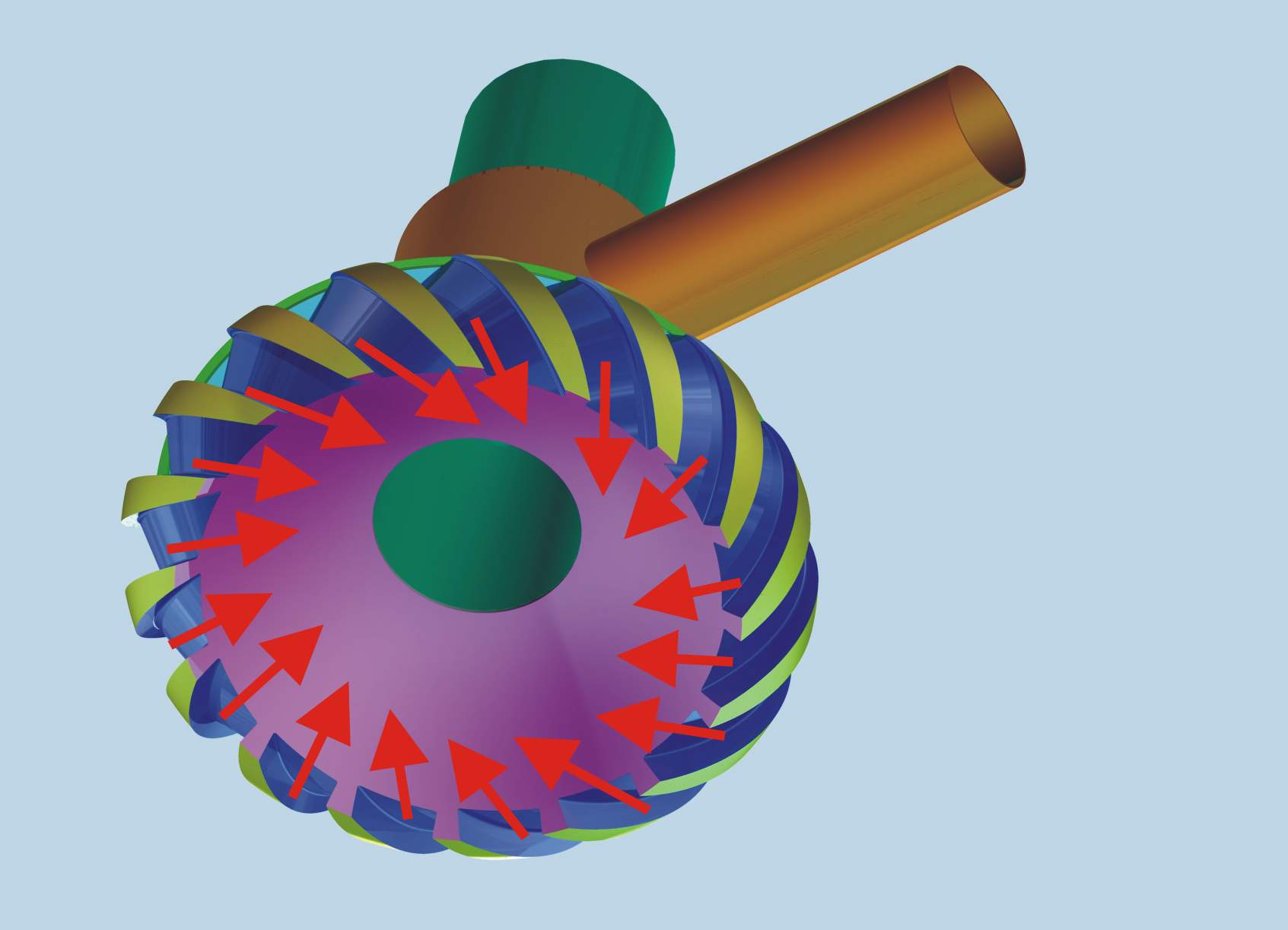 The flow field is schematic shown from below, red arrows symbolize the cleft-coanda-flow.

But lets return to basic art, Grundlagenkunst germ.. The painting Huracan from 1997 treats also the topic of the tornado cooker-hood. Essential elements of the coandacombiner are already shown there in the iconography of painting. 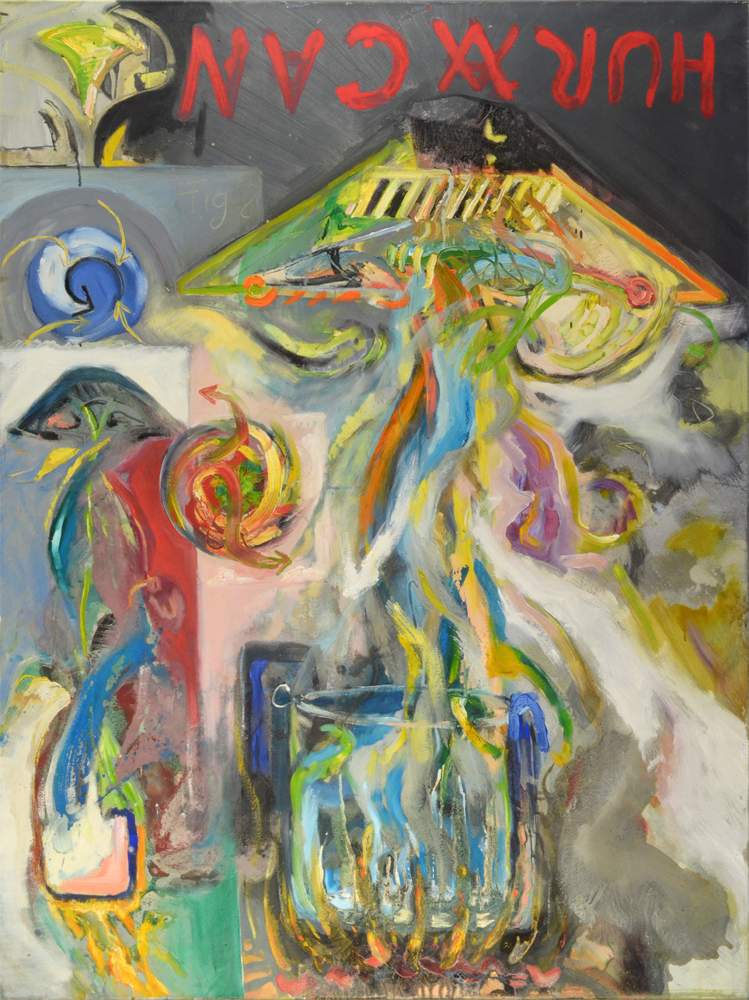